Technology makes life easier for everyone. There are lots of spying apps and tracking devices that anyone (even those who aren’t tech-savvy) uses to get information without breaking a sweat.

In this ultimate guide, we’ll provide you with facts, penalties, laws, and everything you need to know about using a spying app to monitor a mobile device. 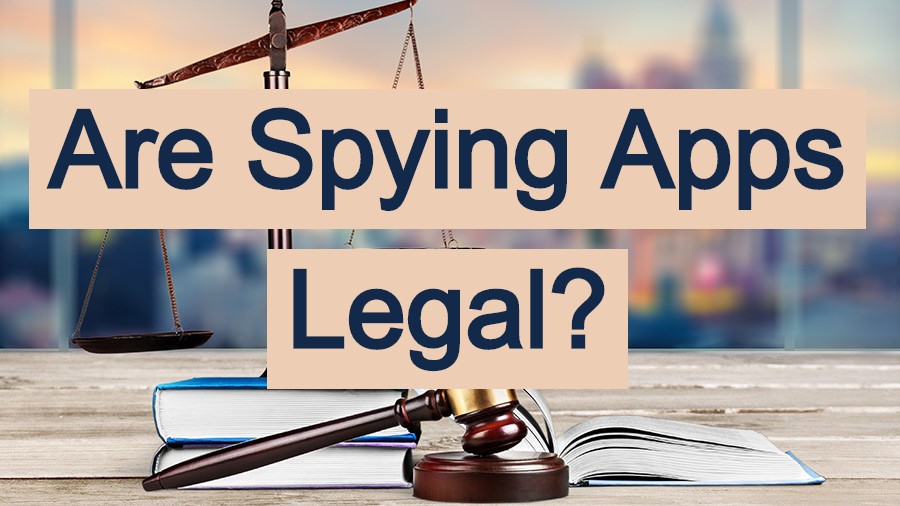 What is mobile device monitoring, and why do it?

Mobile device monitoring implies downloading a spying app, recording, intercepting, or bugging someone else’s device: contents that could be revealed through this act include photos, call logs, messages, videos, and much more.

There are so many good reasons people monitor the devices of others. One of such is that parents can monitor their child’s online activities, and another is to find out if a partner is cheating.

However, whether for good or bad reasons, should you be using a spying app to monitor someone’s mobile device?

How is monitoring a child’s device regulated?

Even though children are given minority status, they still have privacy rights like adults. As privacy is a touchy topic, to answer whether the law applies to children or not, we’ll first have to look at instances where their phones are monitored.

Is it legal to monitor a child’s phone?

Having these instances in mind, it is legal to monitor your child’s phone as long as you are their legal parent. But that’s not the only clause. Two conditions parents need to be aware of are:

For other online users, Children’s Online Privacy Protection Act (COPPA) protects the collection and gathering of information from a child’s phone without their parent’s permission.

Is it legal to monitor a student’s mobile device?

As a student, it must have crossed your mind, whether or not it is legal for your school to monitor your activities. To clear the air, in countries where rights are respected, it is illegal to look through or monitor a student’s phone.

However, in emergencies or cases where you have been accused of a crime, your mobile device may be monitored. However, this cannot be done without a warrant from a judge.

Is it legal to monitor your employees’ mobile devices?

Another unending debate on mobile monitoring is whether it is legal to monitor an employee or not. Let’s examine the laws in different countries:

In Australia, it is legal to monitor the devices of employees. However, like every other law, there are lots of clauses attached to this legality statement. The Workplace Surveillance Act of 2005 regulates the tracking, video surveillance, and monitoring of internet websites and emails of employees.

Under the Act, it is illegal to overtly surveil employees, which is to monitor their devices using visible and obvious trackers and apps. Also, covert surveillance (which means monitoring the device without the employee’s knowledge) is strictly prohibited.

Apart from these regulations, the Act also prohibits employees from surveilling in certain areas like toilets and showers.

In Australia, violation of the Workplace Surveillance Act attracts between 20 to 50 penalty units. These are numbers used in equating a unit to a monetary amount. For example, 50 penalty points attract a fine of 50 x $110 = $5,500.

Under the Act, employers can monitor their properties like computers, electronic devices, and phones given to employees. However, it doesn’t allow the unauthorized interception of electronic communications of employees. Federal laws like the 18 U.S.C. § 2511 also prevent employers from intercepting private emails even on a company’s device.

Penalty for Violation of US Law on Employee Device Monitoring

Anyone who violates ECPA may spend up to five years in prison and fines that can go as high as $250,000. Victims can also recover damages and bring civil suits for violations against them by their employer.

However, you cannot sue the United States of America if you work for the government under the ECPA. But on the good side, pieces of evidence incriminating an employee that was gotten illegally cannot be used in a court of law.

In Europe, it is legal to monitor your employee’s device bought by a company as long as they are aware and agree to such surveillance. However, you cannot monitor covert emails. So, if employees agree that an employer can monitor their device, here’s a proper way to go about it:

In 2015, a case against an employer surfaced. The judge in Germany ruled that the media agency employer who used Keylogger to monitor its employees broke the law. Subsequently, the employee, who was fired from his job after the incident, won the case and was compensated.

Is it legal to monitor your partner’s mobile device?

We now know that you must be the owner of a device to put a spy app or monitor activities on it.

But what happens if you gift someone a phone you own that has a spy app?

In this case, the law will still bend towards the victims because the devices they are using have spy apps they are not aware of. For the owner to be free of future charges of spying, he or she must have disclosed that there are spy apps on the phone and that vital information could be intercepted if the apps weren’t removed.

The most common form of mobile device spying is the one between spouses. So, what does the law say about this act? Let’s look at some countries:

US Laws on Spying on a Spouse: Monitoring the mobile device of a spouse covers activities like digging through their web search histories, viewing private messages and emails, and placing a GPS tracker on your partner’s computer.

In the US, it is illegal to intercept or monitor your spouse’s mobile device without informing them. Under section 18, U.S.C. §2510-2521 of the ECPA, actions can be taken against anyone who tries to intercept any electronic communication from their spouse because it is seen as an act of marital misconduct.

If information from such monitoring is used in legal proceedings like divorce, the lawyers of the spying spouse can open themselves to liability. In some states in the US., like Nevada, the law not only allows the victim to sue the spying partner but also anyone who publicizes the information gained from the act.

In 2007, a popular case of snooping-gone-wrong made several news outlets. After using SpyRecon to monitor his wife’s device, a Texas man got a four-year sentence.

Canadian Laws on Spying on a Spouse: In Canada, there are also laws and regulations governing monitoring your spouse’s device. It is illegal to spy on your spouse without keeping them in the know. If you’re a victim, there are six things to prove before a successful claim can be made:

Nevertheless, proving several of these points is rather difficult because spy apps don’t leave traces of who installed the app.

If you spy on your spouse without their go-ahead, then you could face criminal charges and a lawsuit for ‘intrusion upon seclusion.’ Also, any evidence you bring against your spouse cannot be used in any court.

As a penalty, you could pay as much as $20,000 after the court has evaluated the effect on your spouse’s business, financial position, and health.

Indian Laws on Spying on a Spouse: In India, adultery is no longer an offense. However, you can still breach the 2000 IT Act by snooping through and monitoring your spouse’s phone.

European Union Laws on Spying on a Spouse: In Europe, the laws against monitoring your partners are just as strict as in any other country. For instance, in the UK, the Data Protection Act of 1998, tapping, and other illegal monitoring acts are punishable by the law. For organizations and individuals that must tap phone calls, they must get a warrant from the Home Secretary.

Australia Laws on Spying on a Spouse: The Privacy Act of 1988 protects people from monitoring the activities of their partners without their knowledge. Such evidence gotten from this action even after a divorce will be thrown out in court, and the victim can press charges for damages.

The laws on monitoring people’s mobile devices are slightly different in countries. However, the bottom line is that long as the phone belongs to another adult; it is not legal to monitor their device using spying apps or other tracking devices without their knowledge.

Nevertheless, it is hard to find spyware on your phone or even get evidence of who bought and installed it if you eventually find it.

You’ll need law enforcement agencies to coerce the spy company into releasing details about the person who bought the app on the website.