Have you taken at least one photo or video today? Chances are you have; it’s estimated 3.2 billion images and 720 thousand hours of video footage are shared every day, never mind taken. Besides – the legend has it that ‘Pics, or it didn’t happen’ is real.

Jokes aside, with the prevalent trend of photos, it’s perfectly natural that you might want to have insights into someone’s gallery. 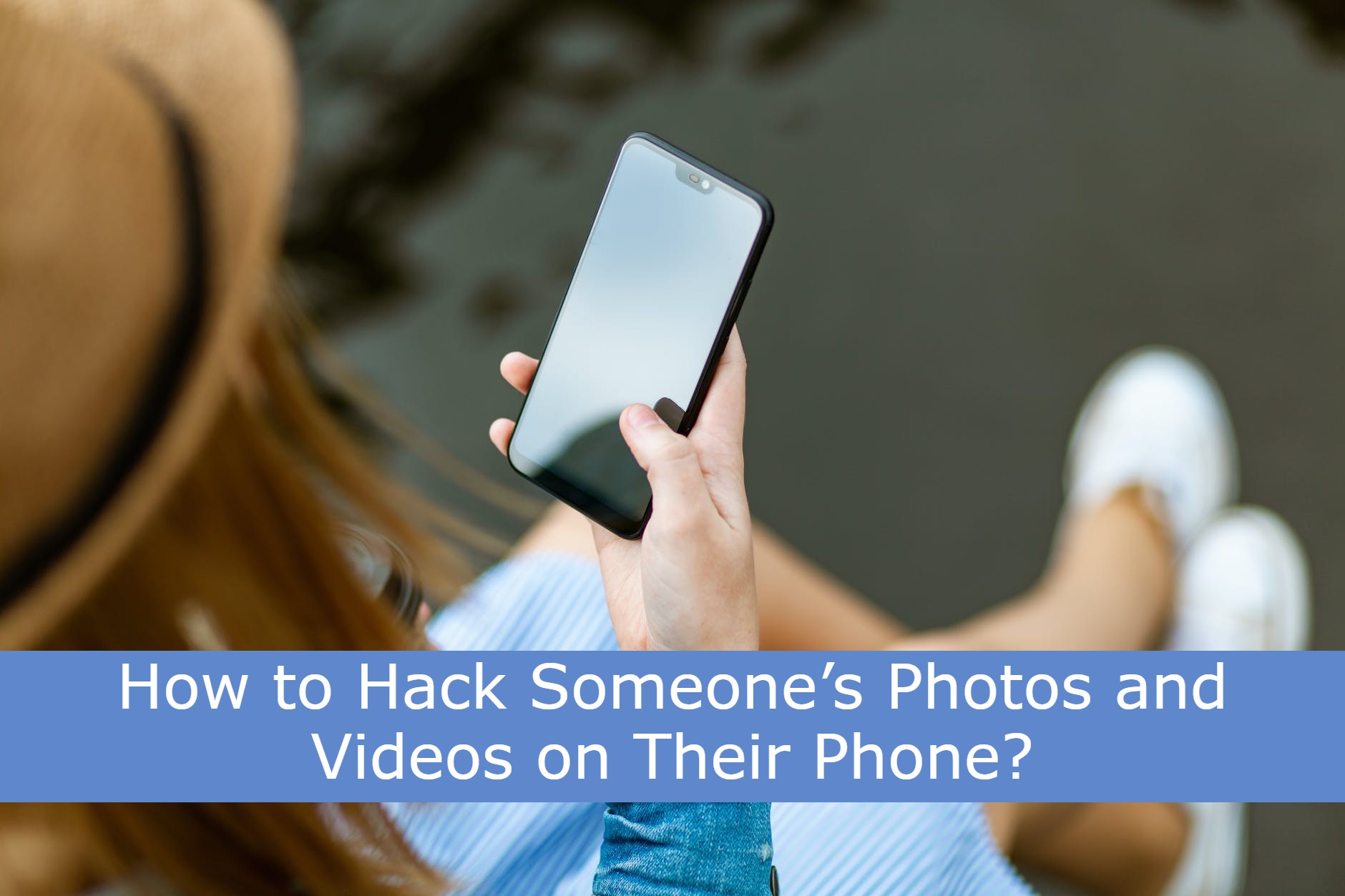 Maybe you’re a parent who’s worried about your children sharing inappropriate photos and videos – or you would like to ensure that your significant other is truthful to you and there are no traces of private videos, photos, or sexting.

We’ve outlined all the solutions and gallery spy hack apps below.

How to spy on someone’s photo or video secretly?

Right off the bat, we have good some news for you. If you’re asking yourself ‘How to spy on phone gallery’ or ‘How to get pictures off someone’s phone without them knowing?’, the answer is pretty simple:

You only need to install cell phone spyware – aka a gallery hack app – on the device that you want to track. 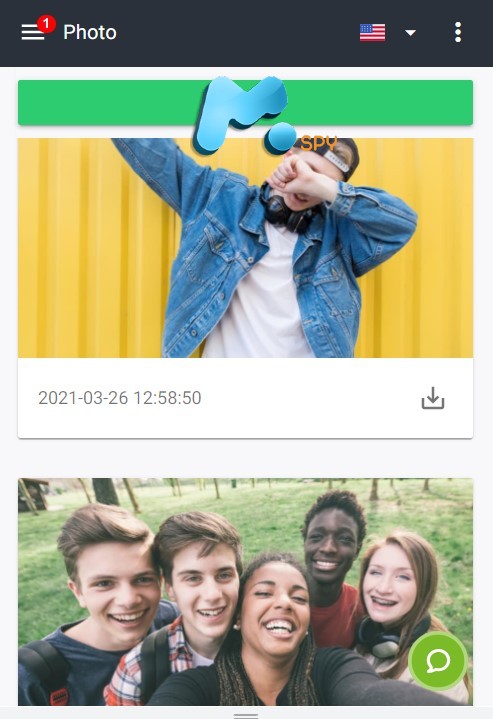 These gallery spy apps will allow you to see all the stored photos and videos, both downloaded and taken, as well as their details like timestamps and the date they were taken on.

Two representative examples of these gallery spying tools are mSpy and uMobix, allowing you to monitor all photos and videos on the target phone.

They run both on iOS and Android phones. Most popular phones are supported, but they even allow you to check the compatibility of the device you want to use them with. Alternatively, you can ask their support team about the compatibility.

Once you install the app of your choice on the target device, all the videos and photos will be available in your Spying Control Panel. Another good thing is that it’ll work silently in the background, meaning you can spy on multimedia files secretly.

In addition to the basic gallery tracking features (access to all the stored, taken, and downloaded videos & photos), these two apps offer other multimedia file spying features:

Another convenient option that spying software allows is control over the target phone’s camera – either through screen recording or audio and video streaming. Sounds like something that might interest you? Let’s find out the details below.

If you’re looking for a camera hacking app, you can also use certain spy apps to control the camera on the target device. 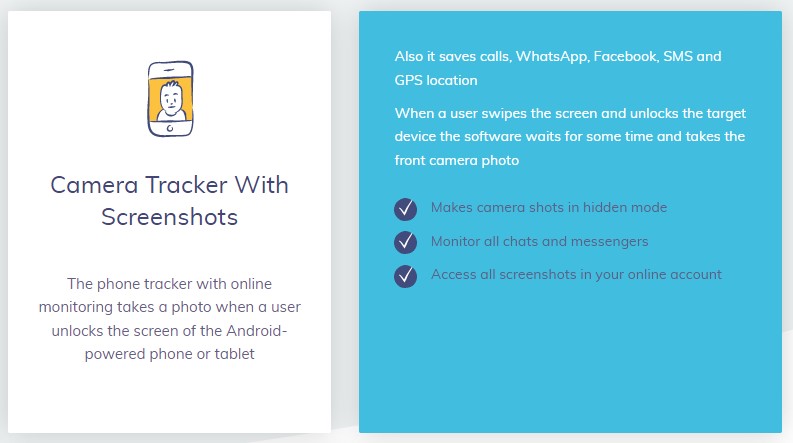 Hoverwatch is a good example:

It has a camera tracker feature that takes a photo using the front camera every time the target user unlocks their screen.

All of these photos are stored in your online Control Panel, under the ‘Front Camera Photos’ tab immediately, which means you can stay updated on who, when, and how is using the target device. It’s particularly important when you want to determine whether your child is safe or if your partner is cheating. It can also prove very useful in case someone steals the target phone.

One thing to note, though, is that this camera hacking app only runs on Android phones. 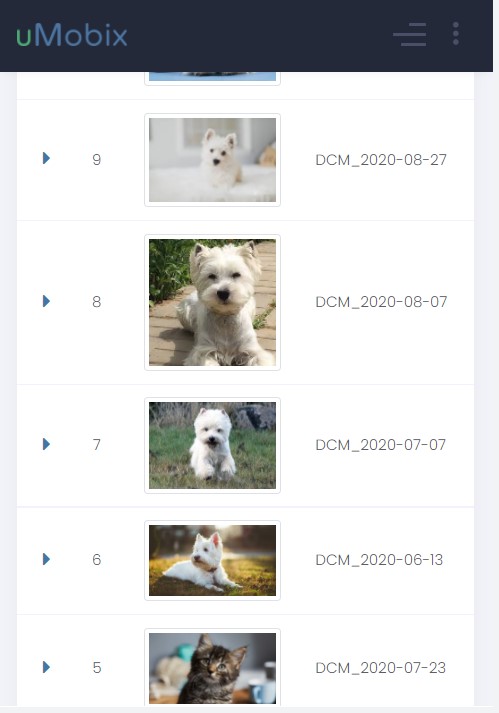 uMobix is another photo camera hacking app that operates a bit differently. It still allows you to monitor the target phone’s camera in real-time, but it does so through video streaming. You’ll be able to see everything through the camera, including the surroundings – and even better, you can select whether you want to use the front or back camera.

Therefore, you can check what’s happening with your child or partner directly through their cell phone camera if you use uMobix’s video stream feature.

In addition to the remote phone camera activation hack, uMobix allows you to activate the microphone remotely through its audio stream feature. In the manner of the camera activation, you can listen to phone surroundings in real-time – no matter how far you are from the target phone.

In other words, once you activate the microphone hack from your uMobix dashboard, you’ll be able to hear everything that’s happening to your child, partner, or spouse and what they’re up to.

How to Hack Someone’s Photos and Camera without Them Knowing?

To recap: Hacking photos is possible even if you’re not tech-savvy by using spying tools that allow you to get access to someone’s photo and video gallery. Good examples are mSpy and uMobix because they double as message spying tools – meaning you can check out the shared media files, too, and not only those that were taken.

On the other hand, camera hack apps like Hoverwatch allow you to control someone’s camera, and uMobix even makes remote audio and video streaming possible  – which can be extremely important for parents who want to make sure their kids are safe.

We hope we have helped you and explained how to utilize these photo hacking tools. See you next time!

Tom Richardson
Thomas is an expert in cell phone monitoring software. He has tested and reviewed many spying tools. Now he shares his knowledge and tips to PhoneSpyApps readers. When Thomas has free time, he reads and watches materials dedicated to online parenting control, cybersecurity, the latest innovations and developments in the spying apps market.
Tom's Blog » Spy on Instant Messages »
Leave a Comment Cancel Reply